Built in 1964 by brothers Phil and Whit Richardson of Toano, VA, the 26-unit, 2-building apartment complex is located in Historic, Downtown Williamsburg’s Architectural Preservation District next to the College of William & Mary campus. 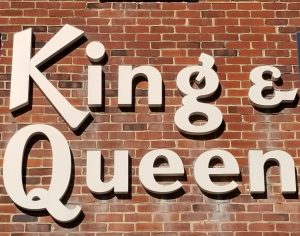 Owned, managed and maintained by Whit Richardson until 1994, the apartments were originally developed as a motel,  King & Queen Motel, or as was referred to in those days, a “motor inn”.  The 1-bedroom efficiency motel units were rented on a daily or weekly basis to tourists visiting Colonial Williamsburg (aka “CW”).

As tourism to CW steadily grew, the demand for more motels and hotels increased and hotels were built in the area to meet the increasing demand of tourists.  Due to the location of King & Queen, Mr. Richardson changed his business model and began leasing the units on a monthly and yearly basis, meeting the demand of William & Mary students looking for off-campus housing. 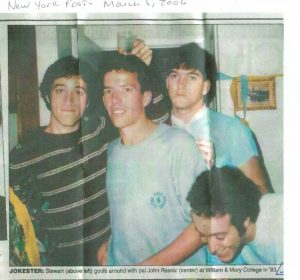 Adjacent to campus, King & Queen Apartments has been a popular off-campus place for William & Mary students to live as it is located closer to some classes than most on-campus dorms.

We provide clean, safe, and convenient apartments to students attending the College of William & Mary.

King & Queen Apartments is professionally managed by One Door Realty, Inc. Since the beginning, King & Queen has been a family-owned business.

Whit Richardson, original owner of King & Queen, at the apartments in the 1980’s.